OK TEDI Mining Limited is currently laying the groundwork for mine life extension beyond the planned 2015 shutdown in an exercise in grassroots democracy that is unprecedented in any developed or developing country. 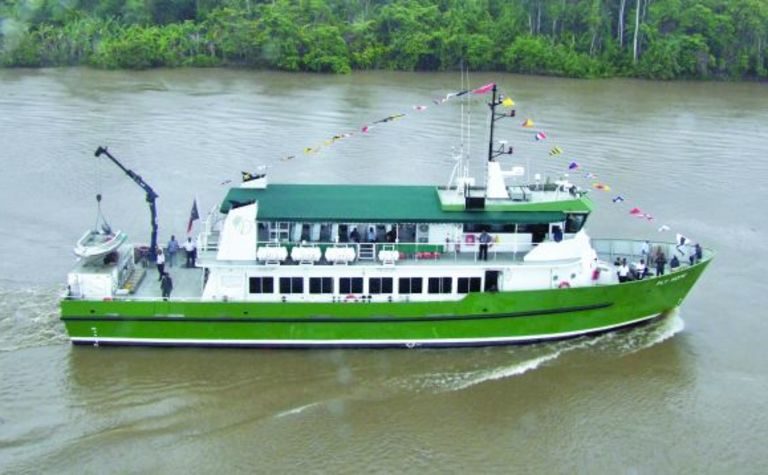 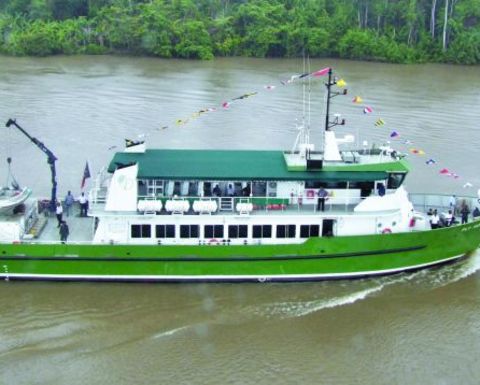 Because of the massive historical problems caused by the build-up of tailings in the Ok Tedi River, OTML is committed to obtaining approvals for Mine Life Extension not only from landowners in the immediate Tabubil area but also from villages along the entire Fly River.

OTML's community affairs team has continuously updated villagers along the 900-km Fly River of ongoing developments and is presently presenting a package of benefits under the proposed 10th Community Mine Service Obligation agreement to some 110,000 people living in 156 villages.

The OTML board has given conditional approval to the MLE project. The board itself has faced recent controversy following its decision to replace Prof Ross Garnaut as chairman with former PNG Prime Minister, Sir Mekere Morauta.

Following that development Prime Minister Peter O'Neill declared that Prof Garnaut was no longer welcome in PNG. This followed a statement by the Prime Minister that BHP Billiton should cease control over PNG Sustainable Development Program Ltd, the company that inherited the BHP equity in OTML, and allow the PNG Government to appoint all its directors.

Sources indicate there is almost unanimous support among villagers for continuation of mining at Ok Tedi with National Government approval now appearing a formality especially since the mine is now 100% PNG owned.

The 2013 budget noted that the mine, now 36.6% owned by the government, had over the last decade generated almost K15 billion in benefits for the people of PNG.

It noted: "OTML's current focus is on Mine Life Extension, which has involved a significant amount of consultation with the affected communities. Development of new deposits should ensure that OTML continues to make an important economic contribution to the Western Province and Papua New Guinea beyond the current planned closure of the mine in 2015, including K3.5 billion of additional revenue for the government."

Industry sources told PNG Report the feasibility of extending the open cut has been established on its own. Capital expenditure was estimated at $US850 million with estimated net present value of $US660 million.

About 370 million tonnes from the 850 metre high west wall will have to be removed in the cutback before the ore is reached, which is expected to take three years. Another four years of stripping is required before high grade ore can be accessed.

The feasibility study for the proposed underground operations is still ongoing and should be finished by the end of this year. It will target 14 million tonnes at an exceptional grade of 1.26% copper and 1.42 grams per tonne of gold as against a mine average of 0.78% and 0.91gpt in 2011.

"This will provide an additional $US100 million to net present value," said one source.

People along the Fly River have long been categorised as having among the worst health and social indicators in PNG, but this is no longer the case because of the pro-active role undertaken by the Ok Tedi Development Foundation headed by Ian Middleton.

Another initiative, the newly purchased passenger vessel, Fly Hope, has been making scheduled trips between the provincial capital in Daru and Kiunga for some months. Village communities in previously inaccessible areas are capitalising on this opportunity by growing food crops that are regularly sold in Kiunga, providing very valuable cash incomes on top of payments from the mine. The latter can average about K100 a year for every man, woman and child, the sources said.

It took only eight weeks for Fly Hope to break even. And these days, there are often more people wanting to board at Kiunga than the 150 passengers the vessel can accommodate.

"In North Fly the health indicators are now better than the PNG average," said a mine executive. When I first went to the Middle Fly in 1995 the people had nothing at all. Today you see signs of material wealth and people are better clothed with improved housing."

The OTDF broke new ground when village communities agreed to allocate 10% of investment funds to women's groups. It seemed like tokenism at the time but the "Women-Children Action Fund" has become the tail that wags the dog!

Besides focusing on improved education for children, the women's groups have been the main mover in prioritising district-wide development initiatives such as major road works that will connect remote communities with the mainstream. The OTDF board has recently also approved a five-year health plan for the Middle Fly. 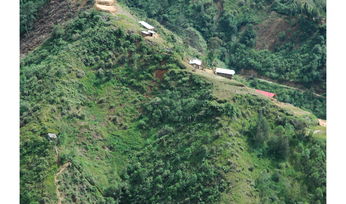