PRIME Minister Peter O'Neill has officially kicked off the new year by declaring 2013 as a year of "implementation", taking out a page from his predecessor, the former acting prime minister Sam Abal.

Unfortunately, with the political turmoil of 2012, "budget implementation" was probably the least of the concerns of Abal, who kicked off the previous year with a major government review of all departmental activities. Abal got every department to list one or more priority projects that were to be implemented.

All that is now history, but O'Neill, possibly mindful of the lapses of the previous year, has determined to place his government's focus on implementation of a budget that is the biggest in the country's history. It also has the biggest component of deficit spending and borrowing ever recorded.

The stakes are high, but there is little confidence that implementation will be any better than the previous year. It will be wonderful to be proved wrong or to even hope that the largest component of the kina 13 billion budget may not get siphoned off into projects that do not live up to their promise.

There will be the inevitable disappearance of significant funds and many projects where the spending, or what there is of it, does not match up with the finished results.

The reason for this pessimism is that despite the huge increase in government spending, and despite the ever present danger that further falling commodity prices would cause the deficit to blow out even more, is that key government departments have not been given resources to bolster their operational and surveillance capacities.

Even if 60% of government funds are properly spent this will have the capacity to transform key aspects of PNG's poorly developed and maintained infrastructure, but past performance history unfortunately is likely to be repeated.

National Planning Minister Charles Abel said the Prime Minister was expected to tell Ministers "shape up or ship out" and to clearly elaborate on their execution plans. The process will kick off, like it did last year, with a meeting of Ministers and Heads of Departments on Jan. 17. This will be followed by a meeting of Provincial Governors, Provincial Administrators and other bureaucrats on Feb 4 to chart out how the big increase in funding for provinces and districts will be utilised.

In the face of strongly rising government revenues and dissatisfaction at the level of regional and rural development, the former Somare Government decided to greatly boost government spending at the district level through implementation of its District Services Improvement Program.

However, in the political turmoil that ensued in 2012 this was also one of the most criticised aspects of government spending. Many people questioned where all these hundreds of millions of kina had gone and why there were no signs of new projects in so many of PNG's 89 districts.

Over many years questions had been raised about the lack of capacity at the provincial and district level to implement and monitor various projects. These are weaknesses that have not been addressed, with no sign they will be addressed in most of the record 2013 provincial budgets announced in recent weeks.

Talking about budget implementation, one cannot ignore the fiasco that embroiled the national education policy, particularly after O'Neill announced late last year that the objective-based education (OBE) system was to be abolished in 2013. It was soon recognised this would be impossible in view of the massive changes needed in curriculum development and preparation of new materials.

In the end, the irony was that Finance Minister James Marape virtually pointed to the impossibility of scrapping the OBE system at such short notice in his capacity as Acting Education Minister. Only last year, during Acting PM Abal's tenure, Marape had told the 2012 budget implementation session he was fully committed to making the OBE system work.

As a face-saving mechanism, a committee has been set up to review the changes needed so that a new education system can be implemented in the 2014 calendar year, which also appears an impossible task.

During the course of the debate on the preferred education system, the Catholic church, which runs some 1200 schools throughout the country, said it had not been consulted on the proposed change.

The International Education Agency, to which PNG's elite send their children, said it never had a problem with the OBE system, which had served its students well, making it clear the public education system's lack of adequate funding had been a primary factor in poor implementation of OBE.

While much of PNG's ongoing difficulties can be traced to a mindset that if you throw enough money at a problem it will eventually be resolved, this certainly has not been the case for the nation's education system where facilities at many schools and tertiary institutions are near a state of collapse. 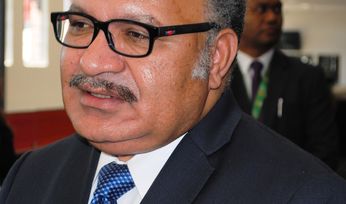 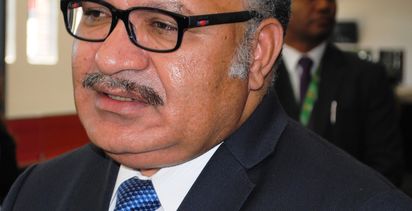