FOR Highlands Pacific shareholders, the potential of the Frieda River copper-gold project comes wrapped like a Christmas present. By Wantok*

Some shareholders were concerned that while Xstrata had been committed to fully funding completion of the feasibility study to get its 81.82% interest, costs of the extended study to the lodgement of the application for a Special Mining Lease would see Highlands pay its share of costs, although this would come from future operating cash flows.

The demarcation between actual completion of the extended feasibility study and any costs incurred subsequently to lead to the application for Mining Development Licence were blurred in that decision.

Highlands shareholders - at least, those able to steer away from their normal Christmas preparations - would have been just as perplexed last Christmas eve when Highlands finally announced delivery of the feasibility study and the so-called Extended 2012 Study.

It seemed from the ASX release that the feasibility study was basically the same document that was delivered or could have been delivered when it was due early last year. Like the earlier prefeasibility study completed in November 2010, it continued to be based on the completion of a hydro-electric project.

It is the extended study that takes account of the possibility that substantial capital savings could be made through the purchase of electricity from the Stanley gas project in Western Province.

The data provided by Highlands seems to suggest that for some unexplained reason gas-fired electricity would result in copper recoveries improving from 84% to 88%, with gold recoveries rising from 72% to 76%.

If this was an oversight because the feasibility study numbers were not upgraded for better recoveries, this would go some way to reduce the US38.5 cents a pound increase to US$1.11 per pound for life-of-mine production cash costs.

The US38.5 cent increase is a big chunk and on that count suggests that a hydro plant, despite the higher project capital costs, is a better project outcome.

Could it be that the savings would be even greater if the hydro project was built and operated by a third party?

Clearly unless one was a highly qualified engineer with a PhD in economics, much of the facts and explanations would be much beyond the understanding of the average shareholder. Possibly even some of the experts might be baffled.

All of this raises a more serious issue. A strong case, we believe, can be made to suggest that transparency and accountability on the part of Xstrata Copper, among the world's largest copper producers, and on the part of Highlands Pacific, has left much to be desired.

From the perspective of the financial and operating figures that have now been released, it seems clear why Xstrata last year signalled it wanted to explore selling all or part of its equity in the Frieda project. The feasibility study figures that have just been released purport to show that after spending a massive US$7.5 billion, Net Present Value on a 20-year mining operation was a negative US$778 million.

Another baffling aspect is that despite a Negative Net Present Value, it was deemed that project payback was 5.5 years. And yet, by another reckoning, the Net Present Value was equivalent to an annual loss over the 20-year period of about US$39 million a year.

Although things improve with the gas-fired alternative, in the extended study the bottom line is still that Net Present Value is negative to the tune of US$256 million with a payback of 4.8 years.

So the real hopes for Frieda River appear to lie in what Highlands and Xstrata term "potential", which have been identified and can be further pursued.

But even here, the average Joe Blow will have to remain baffled. Recoveries are exactly the same as the extended study gas option, and the milling rate is unchanged. But hey presto, somehow dry concentrate production is higher to the tune of 38,000 tonnes a year for the life of mine and 28,000 tonnes a year in the first five years.

On the basis of these figures, it does not appear that Xstrata and Highlands can have much to discuss with the PNG Government in the current year regarding the government's right to take up 30% equity, unless they are willing to contemplate the kind of travails now facing Nautilus Minerals.

Some new ideas or breakthroughs appear necessary if this project is going to make further headway.

One of the perplexing issues raised by the latest Highlands release is its admission that the figures are based on price assumptions made by Highlands - ie: US$3 per lb for copper and US$1,500/oz for gold - and it admits that Xstrata figures, which arguably are more relevant, "produce a substantial Negative Net Present Value".

Despite the release of the latest information, the future of Frieda River remains as murky as it has for a long time. 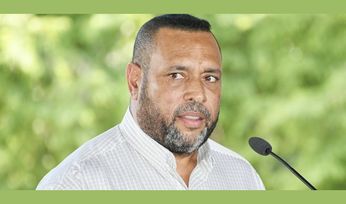 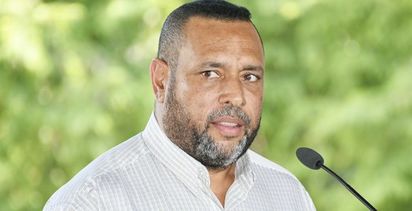