IDC is well on the way towards development of the Mt Kare gold project in the Highlands of PNG, an area famed for large profitable gold mines. Anthony Barich reports 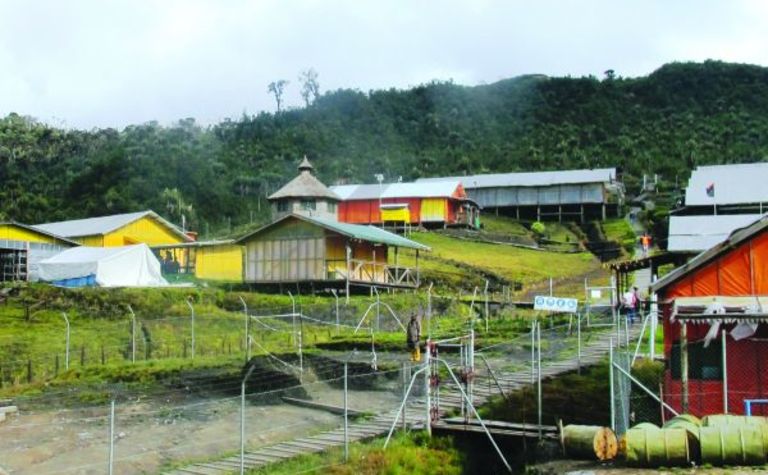 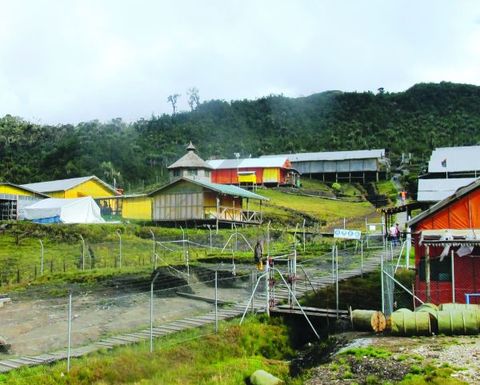 Published in the March 2013 edition of RESOURCESTOCKS

Firmly focusing on development of the Mt Kare gold project, Indochine Mining (IDC) is drilling several bonanza gold zones within the project to determine their size and grade. Bonanza zones discovered 25 years ago at Barrick's adjoining world-class Porgera mine were instrumental for funding project development and the long-term profitability of that operation.

With the 25th anniversary last month of the discovery of gold at Mt Kare, IDC is hoping the bonanza zones will be a similar catalyst for mine funding and development. Eleven-year Porgera veteran Tony Burgess' analysis of Mt Kare's bonanza zones suggests they are very similar to those at Porgera, with the same geological and structural setting and range of gold grades.

He went further and said IDC and past project owners had drilled some bonanza gold zones and not recognised their importance, lumping them together within zones of high grade.

Burgess identified a specific population of gold assays as bonanza which IDC is drilling and will target in the future.

IDC started drilling on bonanza zone targets at the start of December and, as of January 17, had finished six drill holes in the Black Zone (BZ). The rig has now been moved to the Western Roscoelite Zone (WRZ) to drill another bonanza zone. Burgess is excited by the news to date and IDC is expecting some solid results throughout Q1 2013.

"That's important because not only are these high-grade targets, but Porgera had been drilled for 25 years before they found their first bonanza zone - the famed Zone 7 - and that completely changed the project economics and provided the rationale to develop that mine in a very short space of time. Within 18 months they identified 5 million ounces of additional ore," IDC chief executive Stephen Promnitz told RESOURCESTOCKS.

"In the same way, not only can these bonanza zones add ounces very quickly, but it suddenly makes our deposit - which currently has robust economics - extremely compelling. This is because high-grade ounces are brought forward in the production schedule, which provides the bankable feasibility study, which is to be completed by the end of 2013, with very strong economics.

"From Tony's experience at Porgera there are populations of very high-grade material. For example, in three stopes, 150,000oz was in the best part of their Zone 7, averaging 680gpt, which made a lot of money for their investors back when gold was $300/oz.

"Tony's experience at Porgera also involved analysing the direction in which these zones are drilled. At Porgera the zones can be 100m long by 40m high by 20m wide and you can fit 1Moz in them."

"We haven't found one of those yet, and Tony has said we're identifying these bonanza zones so we know their strike, dip, orientation and width. The next step: once we've defined the character of these current zones is that we follow them down-dip and along strike until we find where there's a flexure [a zone where the structure bends and widens] in the structure, and that will be our jewellery box [bonanza high grades]."

However, all this doesn't mean much without in-country support, and Promnitz said the locals have been waiting 25 years for this mine to develop. They want to see it happen in their lifetime.

"It doesn't matter who has this project or which government is in place, there's a momentum behind it that means it's going to happen. And that's been demonstrated by the quality of Indochine's investor support and the fact that it's been able to continue to raise equity capital when needed, even in tough markets," Promnitz said.

"So it's up to us to be both good stewards and to demonstrate just how big it can become and ensure there's a fair and equitable distribution of benefits."

Speaking of investor support, IDC's largest institutional holder, Baker Steel, has illustrated a plan for gold equities to differentiate themselves from the pack; not just companies trying to develop a mine but as genuine investments with upside over and above holding a gold ETF (exchange traded fund), which is gaining increasing popularity over gold stocks in a volatile capital market.

This method basically involves gold companies explaining themselves to the gold markets in terms of ounces instead of dollars. That is, explaining costs as an ounces of gold in the ground equivalent cost, and subtracting this cost to show how much gold that leaves as profit for investors. This rewards investors not in dividends but in gold bonds that are going to be worth more in the future.

"Baker Steel founder David Baker said the focus on shareholder returns is not just about getting the share price up or paying dividends, but going the extra mile," Promnitz said.

"Gold companies need to be good stewards of gold resources and look at how they can deliver returns and explain how the resource looks in gold ounces.

"They need to show how you're going to deliver a return in a gold bond to shareholders, because federal governments keep printing money and devaluating their currencies; whereas gold can hold its own.

"So if you buy Indochine shares, you're in fact buying an ETF; but not something that just sits there statically, it's something that will actually grow over time."

IDC is implementing this strategy, not just because it's Baker Steel's idea as its largest institutional shareholder, but because everything IDC has done with Mt Kare has involved taking an entirely different approach to getting things done in PNG and at Mt Kare.

"Therefore, his strategy fits hand-in-glove with our approach of differentiating ourselves as a company," Promnitz said.

When IDC started this project 22 months ago, investors were not keen on PNG, certainly not in the Australasian region, so the company got its funding from the US, the UK and Europe.

Now IDC has delivered a prefeasibility study, has identified these bonanza zones and has completed a landowner investigation study, reaching a point in its development where it has reduced the prevailing risk that people were concerned about in PNG.

Entirely separate to IDC, Promnitz noted that PNG had "a good democratic election" mid-2012 that's put together quite a stable government for the next five years.

All this has elevated investor confidence in IDC, to the point where in mid-January Wilson HTM Investment Group initiated coverage on Indochine's stock. This launched with a very healthy piece written on it and a price target of 28c, a long way from 11-13c where it is now. Late last year, Melbourne firm Evans and Partners also initiated coverage on IDC as one of its top three stocks. By March, another well-known global equity house is also expected to have initiated coverage.

"Given that we're increasing our marketing to the Australian domestic space and marketing more heavily into the Asian market, investors can see we've a track record of delivering on our promises and have sufficient institutional financial support for them not to be concerned the project isn't going to happen," Promnitz said.

"This project has just got to a stage where the momentum is making it happen - local people, government, investors, regulators, geological information - it's all starting to crystallise into quite a robust project.

"That's why we'll be at Mines and Money Hong Kong, as part of integrated marketing into Asia."

As part of this process, IDC has successfully completed a $7 million capital raising which will support the ongoing drilling and technical assessment in the lead up to undertaking a $25 million raising for the BFS at the end of March.

Promnitz said this latest raising was to ensure IDC had the flexibility to continue operating at a rapid tempo, with enough results coming out about its bonanza zones so that people could actually see not only the sort of numbers involved but so the company can effectively market the project and broaden the base of people listening to the development story.

"Our results have generated a lot of interest, both in funds and the corporate space," Promnitz said. "That's why we went to our current largest holders to raise this small amount of money to keep drilling on these bonanza zones, assess their extent and get the results out before we do the larger raising for the full bankable feasibility - which includes all the engineering and infrastructure evaluations for the project."

"There are people in the current market who think capital is impossible to raise for a junior company. Naturally, we're concerned about that. It hasn't been an easy last year and I can't see it's being particularly easy this year either. So we need enough time to differentiate ourselves so that people see that this is a project worth supporting." 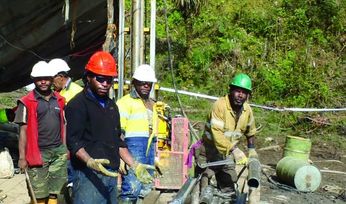 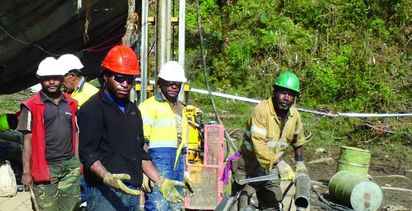