AFTER years chasing the source of a 100km trend of oil seeps, New Guinea Energy is eyeing a 50 million barrel oil target in the river-prone, southeastern corner of Western Province. 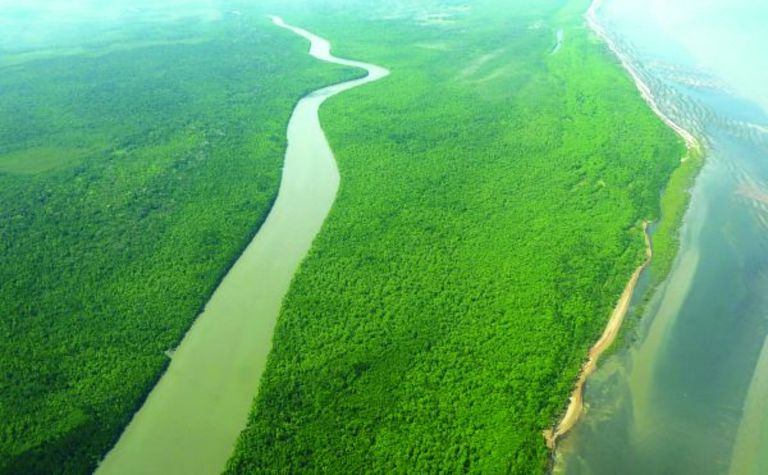 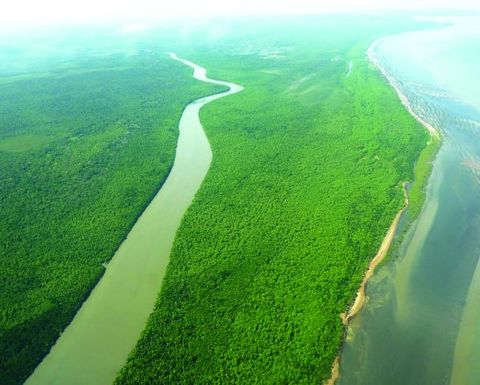 Oil seeps might be considered the best surface sign of liquid gold around but their appearance won't tell the story of an elusive hydrocarbon journey that starts hundreds of kilometres away.

A key Panakawa oil seep in NGE's PPL267 block still flows about 5 barrels of highly marketable, light sweet crude a day and the explorer first came across this unexpected sight in 2007.

Investigations have since narrowed down the probable areas for the source reservoirs, but NGE is yet to nail them down.

In 2010 NGE spudded the Panakawa-1 exploration well targeting 202 million barrels of oil which found oil and gas shows, but no commercial accumulation.

This experience, which was only compounded when the Siphon-1 exploration well it shared with operator Talisman Energy failed to hit commercial amounts of gas and condensates north of the Stanley field in 2011, has caused NGE to conservatively approach its next stab for Panakawa-linked crude.

This lead is based on the same Toro and Alene sandstones of Panakawa-1 and is a similar fault-based play type. But the key finding from that well was that a bigger fault was needed to better seal the two target reservoirs.

"So we think we have found a bigger fault," NGE general manager technical and operations Dan Kendrick said of the new lead.

"We've got six seismic lines so far across it. They show a nice rollover anticline into the fault."

Another $A2-3 million will be spent on a program, which includes two additional lines of 2D seismic on the western end of the lead to have data on the 11sq.km lead from all directions.

NGE could move quickly if there is a good outcome and already half owns a rig suitable for the job.

Financing such an exploration well in this wholly owned NGE licence is a challenge.

NGE chief executive officer Grant Worner flagged that possible funding solutions included raising more capital, bringing in a joint venture partner or making a transaction with one of its five other licences.

In what is a classic case of risk versus reward in the petroleum game, the potential payoff from proving up 50 million barrels of oil would transform NGE.

On the basis of typical net present values that analysts apply for commercial and yet to be developed oil discoveries in PNG, each barrel of recoverable oil could add $10 to NGE's value immediately after discovery and prior to any development.

This amounts to a potential $200 million boost to the explorer, which has a market cap of under $25 million.

The location of this lead, close to the Bamu River that links to the nearby coast, is favourable for logistics, which makes it easier to commercialise an oil discovery there.

Any find is also expected to have similar porosity levels to the Panakawa oil seep of 22% and to consequently flow readily.

"It means you don't have to drill too many wells to get started," Worner told PNG Report.

"So we could be able to move really quickly from discovered to developed."

While the proximity to waterways allows for oil to be easily barged out to export markets, it also helps reduce the typical helicopter reliance of PNG's petroleum scene.

NGE is even considering bringing in a suitable vessel to operate as a floating exploration camp complete with bunks, laundry and kitchen which will lower costs and save time.

With interest in PNG's petroleum plays hitting new peaks each year as the PNG LNG project gets closer to fruition, considerable interest in this lead is expected, with NGE making a separate $15 million licence sale to Oil Search and ExxonMobil last year.