Creating a disaster where none exists?

THE announcement by Mining Minister Byron Chan in parliament yesterday that the National government was contemplating taking over commercial operations of the Frieda River copper-gold project in West Sepik would raise alarm bells in the mining fraternity and among much of the public. By Wantok

The government has already shown a strong penchant for huge levels of public sector borrowing. Some K2.5 billion will be borrowed this year to fund the budget deficit - and it has become clear that individual ministers are contemplating some grandiose schemes usually involving foreign entities.

Although there has been significant improvement in better delivery of education services following the implementation of free education up to Year 10, and some localised improvements in delivery of health services, most government services perform in an alarming manner in terms of the levels of corruption and inefficiencies that are endured.

Some weeks ago, this column reported how a group of PNG police brutally assaulted a group of people - in some cases crippling them by cutting their Achilles tendons.

This week comes news that infantry soldiers from their barracks in the national capital, Port Moresby, conducted at least four raids on a medical faculty after a small altercation with some university students at an ATM machine. The soldiers raided the faculty at the prestigious University of Papua New Guinea, where they assaulted many students and destroyed university property.

These raids last Sunday were condemned by Prime Minister Peter O'Neill and the military hierarchy. Formal investigations have begun, with two soldiers being charged in court.

The government continues to perform in an appalling fashion in its oversight responsibilities over the police and army. Also in the provision of electricity, water and other essential services in a resource-rich country where about a third of the population continue to live below the poverty line.

To the simplistic mind of Minister Chan, the reason a project such as Frieda River has not been developed is due to lack of performance by private sector parties, when in fact this is a project that is extremely challenging because of its remote location and the non-existence of any support infrastructure in its vicinity.

And even though the government has not shown the ability to run a single government department or business with any level of efficiency, even discounting the amount of funds that are regularly stolen or unaccounted for, it beggars belief why it expects to have the ability to build and operate a highly sophisticated mining and processing plant that is going to cost at least $US5 billion.

This issue has been raised at a time when there has been growing concern about sovereign risk in PNG, particularly with regard to plans to forfeit PNG Sustainable Development Program Ltd's 52% stake in the Ok Tedi mine even though PNGSDP is regarded as a 100% PNG-controlled entity.

The government has also indicated a desire to gain control over the activities and funds of PNGSDP even though any observer will be quick to spot a much better level of accountability in that organisation than in any branch of the National Government and PNGSDP's funds have been better spent than at any government organisation.

The irony contained in Chan's remarks is that PNG's major mining operations are all world-class in terms of their use of technology, their levels of efficiency and, indeed, in their safety records.

Most intelligent observers would conclude that the only result of the PNG government taking over and building a mine at Frieda River would be the legacy of a monumental financial and technical disaster that this and future generations will live to regret.

Get in before April 30 deadline 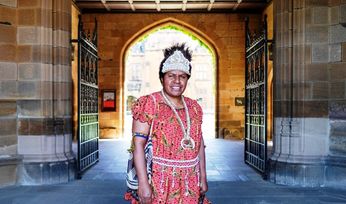 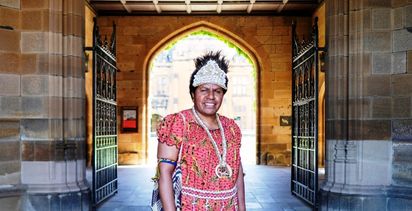