IN THE wake of Australian Prime Minister Kevin Rudd announcing his Papua New Guinea-focused strategy for stemming the tide of irregular maritime arrivals to Australian shores, the Queensland government claims it represents a direct threat to the state’s border security. By Michael Cairnduff

Three days after the PNG asylum seeker processing deal was announced, an $18 million compensation package was announced for Queensland, which the state government believed was an acknowledgement that the Commonwealth could no longer secure the northern Queensland border, given its proximity to the PNG mainland.

The $18 million compensation deal, signed on June 30 by federal Health Minister Tanya Plibersek, acknowledges that the compensation was provided for "health services to PNG nationals who travel through the Torres Strait Treaty Zone and access health facilities in the Torres Strait and elsewhere within the Queensland Health hospital network".

Queensland Health Minister Lawrence Springborg said the written agreement confirmed that Rudd and Labor knew the Queensland-PNG border was porous and open to people smugglers to continue their illegal trafficking of humans through a different route.

Given the northern tip of Queensland and the Torres Strait's proximity to the PNG mainland would have reduced by only a matter of centimetres since PNG gained its independence in 1975 - as the Australian continental plate moves north and pushes into the western section of the Pacific plate - issues relating to the ease of transit between the two land masses should not be a new concept for the Queensland government to come to terms with.

Springborg said in the 2011-12 financial year, 977 PNG nationals presented as outpatients to a Torres Strait Primary Health Care clinic in Queensland and an additional 195 PNG nationals were admitted as inpatients to hospitals.

He said the federal government had been constantly alerted to the deteriorating PNG border crisis, with the latest update sent to the Plibersek's office on June 28, when Queensland disputed the level of compensation required to provide health services to PNG nationals freely travelling backwards and forwards across the border.

"In June, the Queensland government formally advised the Commonwealth government that it had cost the state $13 million to provide health services to PNG nationals in 2013," Springborg said.

"In response the Commonwealth said it would only offset $5.3 million in 2013 as part of a four-year $18 million package.

"That means Queensland taxpayers will foot a bill of between $8 million and $10 million each year to provide health services to PNG nationals as a result of the unsecured border between PNG and Queensland."

Given the respective announcements on this issue from the state and federal governments, it would appear Plibersek had responded to the state's request for the Commonwealth to compensate Queensland for out of pocket expenses in servicing the health needs of PNG Nationals, with the dispute being over the level of compensation provided.

Instead of prosecuting the case of inadequate funding for an existing and ongoing issue, Springborg has taken the news of federal funding and book-ended the announcement with tenuous links to Rudd's recently announced PNG asylum-seeker proposal.

One would assume the proposal - where irregular maritime arrivals would be sent to PNG and detained in processing centres for assessment - would limit the ability of Papua New Guineans to cross into Queensland, at least in the initial stages.

Springborg called on the federal government to rethink its plans to "dump asylum seekers at the door of Queensland's unsecured border".

Given these comments it is hard to see the positioning by the Queensland government on this as anything other than cheap political point scoring on behalf of their colleagues in the federal Opposition.

Either that or it has exposed a sore point with the Queensland community over historical inaction from the state government to control access to its state-provided services by people not entitled to do so.

One very good reason why the Queensland government may have chosen not to pull on a fight with its close neighbours in PNG is that it enjoys significant economic benefit from its business ties to the island nation, with a large part of the developing exploration and mining sector in that country being supported by Queensland-based service and supply companies.

In fact one of the cities that benefits most from its proximity to PNG is attempting to take the trade relationship to another level.

Business lobby group Advance Cairns is attempting to progress discussions with the PNG government to set up immigration and customs services at Cairns airport, resulting in business travellers being able to avoid transiting through the international hub in Port Moresby and instead travelling direct to destinations such as Lae.

Perhaps the Queensland government needs some subtle reminding that trade, by definition, is a two-way exercise. 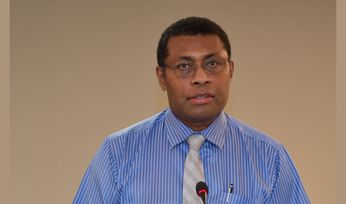 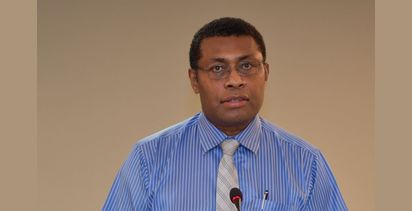