LIHIR and Hidden Valley gold mine owner Newcrest Mining is no stranger to 3D printing. 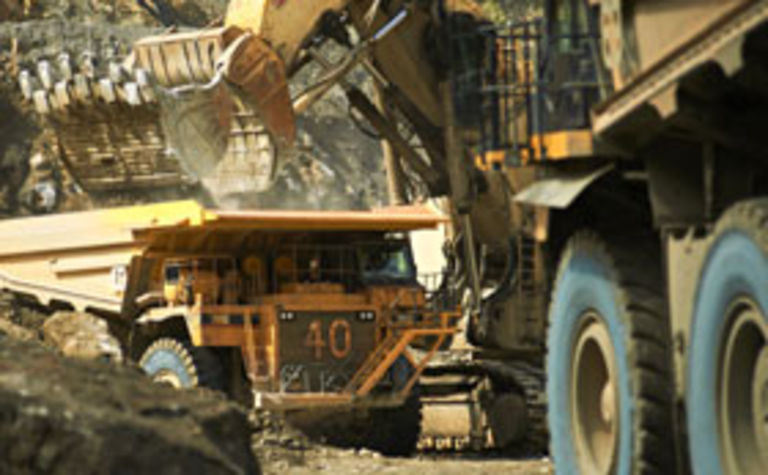 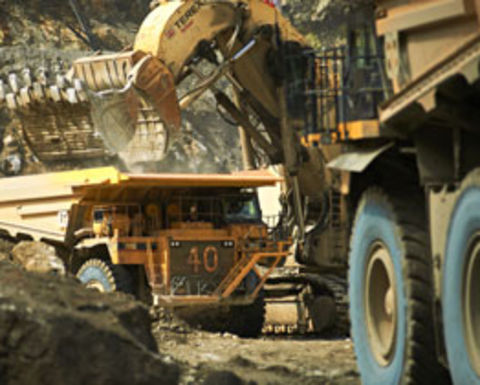 The computer-aided, design-based, additive manufacturing technology was used to produce a large 3D model of its company-making Cadia Valley mine in New South Wales for display in public events.

It was developed by Queensland-based SOS Components. Director and business manager Jeff Condren explained what benefits this model provided:

"As you know, Newcrest has a very good reputation as a miner of choice. The old perception of no care and no responsibility is gone from mining today.

"Public perception can make or break a project. Newcrest are open about what they are doing with the land they are mining on and by making a detail mine model, they are showing their mining intentions in an open forum so the public can scrutinise what is happening.

"There are many benefits and some of them include displaying their "Social Licence to Operate" in a format that is very easy to understand, it needs no complex or detailed and well-rehearsed wording to explain."

Condren said it was also an open display of the company's intention to rehabilitate the land and how that would look as the mine moved through its life span - there were other benefits, too.

"It is a training tool for miners and mine engineers on how to extract the maximum resource with the least impact on the environment. A safety training tool that can be used in training rescue teams in simulated or real emergencies.

"Most importantly, a detailed 3D mine model allows the interested parties to see just what is happening. Never before has so much been clearly explained with so few words that most of us don't even understand."

In terms of operational applications for 3D printing technology that could be of benefit to remote sites in PNG, Condren said there was always the need for the custom part that could not be bought off the shelf.

"Right now we are making custom parts from materials that will be used in production situations on our 3D printers. For miners, production is everything and downtime is the killer. Many remote mine sites have to hold a massive dollar value of spare parts to avoid long delays in ordering those parts.

"Where the 3D printing industry has some of this covered is in the rapid response time to a need: ‘I need a part here in the morning from the other side of the world but it is physically impossible to have it because it is not made yet'.

"However, if I had the right 3D printer I could have the design file emailed to me and ‘print' it overnight to be ready for the morning. The need is fulfilled, the downtime is eliminated and production goes on."

While 3D printing is becoming more popular around the world, with some Americans using it to create home-made, plastic-based hand guns that are questionable in their effectiveness, there is a lot of difference in the 3D printers available.

"The explosion of ‘toy' 3D printers is in its infancy.

"There is a mature group of 3D printing companies around the world, SOS Components included, with years of experience in this field.

"The challenge is the take up of the technology.

"In an area like PNG, with all the potential logistical issues, 3D printing may have a significant impact on the supply of goods and fulfilling the ‘need'."

The Australian mining industry has taken notice of what is happening in 3D printing, with plastic parts being the most common items it is used to make.

Yet Condren believes there could be wider applications for this industry.

"The hurdle is the investment in capital equipment.

"Mining companies haven't stopped to have a good look at the new gatling gun sitting on the horizon and partnered with progressive service providers willing to drive what we can make the technology do, rather then sitting back and just doing what the instruction book says it is designed to do.

"If I did that, my company would have gone nowhere."

With 3D printing technology also becoming more capable of rapid manufacturing processes over recent years, Condren expected that there were instances where 3D printed solutions could become the most cost-effective choice.

"We used to say the sky is the limit, but not anymore," he said.

"There are 3D-printed parts whizzing around the earth on satellites, flying in fighter jets and in deepsea submarines. If it can be designed it can be 3D printed.

"On a part-by-part basis compared to mass manufacturing, in most cases the mass manufactured part will be cheaper to produce. However, when you start adding the real costs of moving the part from the manufacturer's plant to the point that is going to be installed is it a cheap part? Maybe and maybe not.

"For example, we laser sinter a plastic flexible coupling for a customer. Both shaft ends are a different size. The clamp ends are also different.

The customer can purchase an off-the-shelf aluminium coupler and have it machined to suit, at a cost, and then have to hold it as inventory at a cost. We custom manufacture it for about $A2.50 or a 1/10 of the cost of the aluminium one."

Despite his earlier comments on the increasing use of "toy" printers, Condren though there was not enough hype over 3D printing.

"Make no mistake, within the lifetime of the young ones out there we will be 3D printing everything from cars to houses.

"Remember the Atari ST, the Commodore 64 and snail mail? The environment will be a cleaner place with less pollution because of 3D printing."

KK Kingston, the leading plastics manufacturer in PNG, uses 3D printing for plastic bottle prototypes about once or twice a year.

Its manufacturing division manager Andrew Falconer did not believe there was enough hype around 3D printing, either. 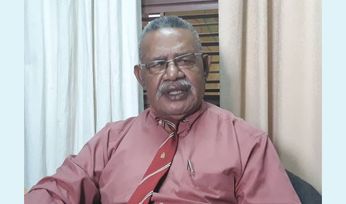 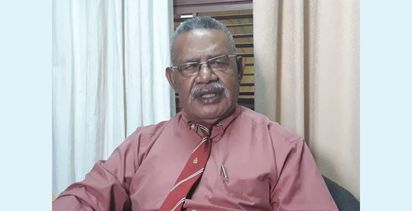