ON OCTOBER 17, at the poolside of the Airways Hotel in Port Moresby, Oil Search celebrated the 10th anniversary of its takeover of Chevron Niugini and the start of its role as operator of Papua New Guinea's oil and gas fields. By Wantok

Except for the fireworks, it was a rather low-key cocktail affair attended by the who's who of PNG's oil and gas industry, including former petroleum and mining minister Sir Moi Avei.

Current political leaders were notable in their absence, including Prime Minister Peter O'Neill, who was in Israel building new diplomatic bridges. Petroleum and Energy Minister William Duma and his departmental head were not there, either.

The mood was upbeat, in line with the tremendous achievements of Oil Search over the past decade and the glow of further rapid growth potential in the years ahead.

Ten years ago, Oil Search was a dollar stock on the Australian Stock Exchange. Today, it is edging up toward $A9, even though oil and gas prices could be set for a tumble in the face of structural changes in international energy markets forged by the renaissance of the oil shale industry in the United States.

The takeover of Chevron Niugini brought major benefits to Papua New Guinea with Oil Search, dumping the US multinational's strategy of minimising exploration and production activities, and effectively turning around the rapid decline in oil production.

In the first few years, Oil Search managed to turn the production situation around. Ever since, it has bolstered production levels with step out wells in its producing areas and the start of production from South East Mananda.

In 2002-03, the expectation was that PNG's oil production would have ended a decade from then, at around the current time. The Oil Search success instead has resulted in production this year likely to be a shade under seven million barrels. The once derided SE Manada discovery now promises to provide a life beyond fields such as Gobe and Moran.

When viewing the Australian corporate scene, it must be rare that a company like Oil Search has had at its helm during the entire decade the same managing director, Peter Botten, who has successfully steered the company's rising fortunes.

The bulk of Oil Search exploration dollars in the past decade has gone to shoring up PNG's production with the remainder geared to finding a niche in the Middle East and North African markets.

There had been considerable success initially in Yemen and the company is now in the throes of proving up an exciting discovery in Iraq's Kurdistan region, where appraisal drilling is expected to prove up a field containing in excess of 250 million barrels.

Even before production is likely to start in Iraq, Oil Search is anticipating that its production levels and revenues will rise four-fold in the second half of next year. It's when the PNG LNG Project commences with production of 6.9 million tonnes annually of LNG plus an additional condensate output of around 30,000 barrels per day.

The past decade has been a dream run for Botten and his team. The coming decade promises much of the same, especially considering that the 70% debt levels for the $US19 billion LNG project will be paid out in about eight years.

Future strategic directions will continue to remain challenging. PNG is clearly gas prone, a fact that has been further proven by the latest wells drilled in the Gulf of Papua by Oil Search and Total. PNG will continue to provide the corporate challenge of proving up adequate gas for the third, fourth and possibly fifth trains at the PNG LNG Project.

For the maintenance of the considerable skills built up in the past decade in the oil patch, Oil Search will have to continue to look outside of PNG and possibly in its new sphere of operations, where it remains active in Yemen, Iraq and Tunisia. 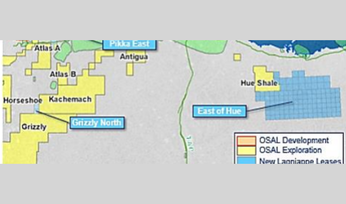 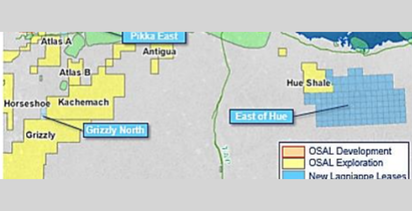