PACIFIC Niugini has hit the ground running this year. It now has three advanced projects under its belt and aims to be producing gold by the end of 2014. 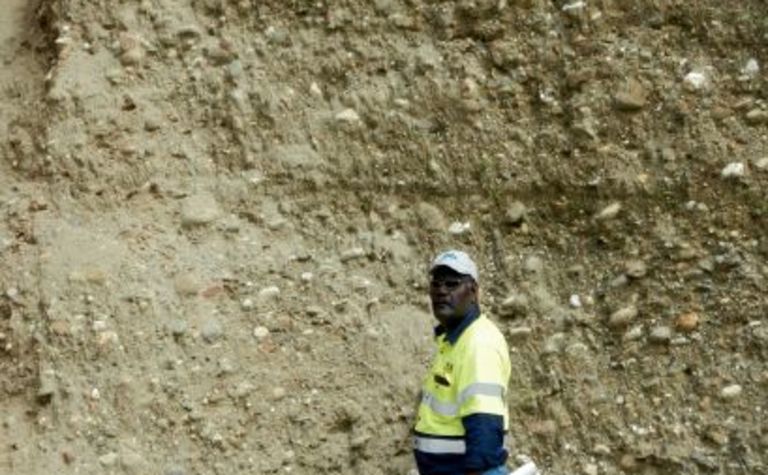 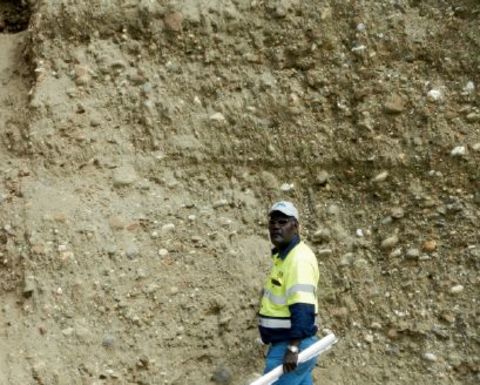 Its work to find a gold project with near-term production potential has paid off and it successfully outbid Matsa Resources in February to gain 80% of Bulletin Resources' 1.7 million tonne Halls Creek gold project in Western Australia's north.

Also, Pacific Niugini's exciting $A30 million Garaina project in PNG is virtually cost-neutral thanks to a farm-out deal with MGL Ltd, which is earning into the project that shows stellar similarities to the country's massive Wafi-Golpu copper-gold deposit.

At the time of going to press, mining approval was imminent for Pacific Niugini's Widubosh Gravel project in PNG, part of the much larger Bulolo Gravel project, which hosts a world-class alluvial gold field with historical production of about 2 million ounces.

Widubosh has potential of up to 15 million cubic metres, with bulk testing to date returning grades that the company believes can be developed economically.

However, the company is now focused on getting its Halls Creek acquisition into production. The acquisition marks a significant milestone for the company and should take it from explorer to producer in a short timeframe.

"It's a huge turning point for the company," managing director Paul Cmrlec said.

The acquisition consists of the Lamboo and Golden Crown projects, which lie close to the small town of Halls Creek in the Kimberley.

Lamboo not only contains a former open pit mine (known as Nicolsons); it has a total JORC resource of 1.7Mt at 5.2gpt gold for 294,000oz; a 120,000tpa processing plant; an accommodation camp and granted mining leases in place.

Pacific Niugini's plans to get into production quickly have been advanced by the work done by Bulletin Resources, which had planned to resume lower-grade open pit mining.

But Pacific Niugini has new plans for Lamboo and intends to take the mine underground, reducing overall capital and simplifying the operation.

Based on the existing drilling results and resource estimates, Cmrlec envisages a selective underground mine with production grades higher than the global JORC resource grade of 5.2gpt.

"We believe we can selectively follow the high-grade trends below the pit," he said.

"We're not going to have a long lead-in time, the resource is continuous from the bottom of the open pit so we can gain access to the high-grade areas quickly and start generating cashflow in a short timeframe.

"We will be focusing our efforts to complete preparatory work and ensure that we are mining during the current year."

Bulletin had established a JORC resource of 1.1Mt at 5.9gpt gold for 214,000oz in the immediate vicinity of the existing Nicolsons open pit.

Additionally, work completed by Bulletin demonstrates that the existing 120,000tpa processing plant can be recommissioned at minimal cost, and it can easily be upgraded to process 200,000tpa.

"There's been quite a bit of drilling at Halls Creek to achieve a resource of just under 2Mt," Cmrlec said.

"We will rework that data, focusing on the high grade underground potential and at the same time, we will address the approvals requirements, which should be achievable inside of six months given the amount of work already completed.

"We've been working for a long time to find something like the Halls Creek project that is close to production ready.

"From our point of view, one of our core skills is underground mining and we have excellent confidence in the project area."

It is a highly prospective area and remains largely under-explored outside of the existing resources.

There are a number of potential regional opportunities that do not have any other processing options at the present time.

Meanwhile, the company's exploration priority is its highly promising Garaina project, which it believes could be PNG's next big discovery.

The Kusi prospect at Garaina has returned highly encouraging results during the current campaign of drilling at the prospect, such as 106m at 1.32gpt gold including a high-grade zone of 35m at 3.04 gpt, 11m at 8.24 gpt and 4m at 18.75gpt.

The scale of the mineralised intersections to date suggest a large mineralising system in close proximity.

Garaina is drawing comparisons with the massive Wafi-Golpu deposit about 100km north, which is co-owned by Harmony Gold and Newcrest Mining (50:50), and has a resource of 28.5Moz gold, 9.1Mt copper and 50Moz silver.

The Kusi prospect at Garaina displays a number of analogues to the gigantic Wafi porphyry copper-gold and epithermal gold-silver deposit. Both are situated on the Owen Stanley Ranges, famous for large, high-quality resources.

Both projects display significant regional faulting cutting through the ranges, and have identified anomalous zones with similar properties and of a similar scale.

The company says magnetic signatures at Garaina further support the analogue, with pipe-like zones of high-magnetic susceptibility and adjacent to zones of magnetic destruction with coincident mineralisation

in drilling and surface trenching samples.

Drilling results at Garaina have showed classic porphyry-style mineralisation. The drilling and trenching results to date are providing geologists with important vectors to be used in the design of subsequent drilling.

Pacific Niugini has substantially de-risked the project through a farm-in and joint venture agreement put in place approximately one year ago.

Farm-in partner MGL is required to sole fund the first $6 million of expenditure to earn 50.1% of the project in the first two years.

It may spend a further $15 million in the subsequent three years to earn a further 19.9% for a total of 70% ownership.

Pacific Niugini has retained its flexibility in the agreement, with a provision that allows it to elect to contribute once the initial interest is earned, meaning that further divestment to 30% ownership is in the company's control.

Even better for Pacific Niugini is that it has remained actively involved with the project, with MGL designing the exploration program and Pacific Niugini carrying out field work on a cost-plus basis.

This arrangement makes the Garaina project better than cost neutral for the company and the overall PNG holdings of the company are maintained with a low cost base.

"We're really pleased with the outcomes of the joint venture to date. MGL has demonstrated that it is a dependable partner, and the porphyry exploration expertise that they have brought to the project is already starting to pay dividends though quality drilling results," Cmrlec said.

"Our geologists are from PNG, there are no expats, so in terms of working with the community and with the government and in the local conditions, we have the best available in the country," he said.

He also made note of the experience of MGL general manager Dr Mark Lindsay, who was previously Newmont's principal geologist in PNG before the mining giant withdrew from the country.

Cmrlec said the initial two-year earn-in period with MGL was about half-way through, giving Pacific Niugini ample time to establish itself at Halls Creek before deciding whether to retain its 49.9% stake in Garaina.

"We're not spending any of our own money at Garaina and with further success the project has the potential to produce significant returns for shareholders," he said.

"So we have three key project areas all of which really complement our skills and are able to bring value uplift for the company in the near term," he said.

"Our primary focus is to get Halls Creek into production while maintaining the large blue sky potential which PNG exploration brings, and the Garaina project in particular is a real opportunity."

Published in the March 2014 edition of RESOURCESTOCKS