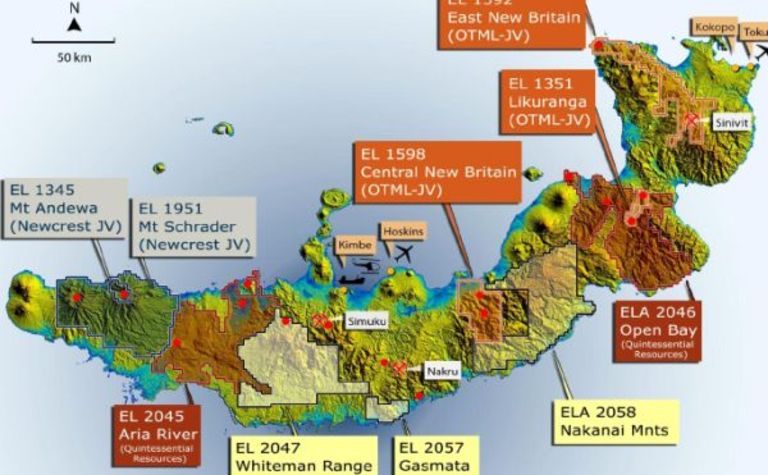 The company announced that the lower zone of the prospect in Bulago exploration licence 1595 had returned very significant results in nine continuous jackhammer trenches and four outcrop exposures.

Frontier said the lower zone was not sampled as systematically as the upper zone due to the original exploration program planning and subsequent time constraints in the field.

The maximum strike length of both the upper and lower gold zones will be better defined with additional trenching and drill testing will be undertaken at the site.

"The exploration program conducted at the lower zone of the Swit Kia prospect, like the upper zone, was an outstanding success," Frontier chairman and managing director Peter McNeil said.

"The strike length of the lower zone will be properly defined with additional trenching in several maximum strike extension areas, plus infill trenching in known areas to better demonstrate the continuity and grade of the high-grade gold mineralisation.

"This work will further demonstrate the excellent overall prospectivity and ultimate resource potential of the lower zone."

McNeil said drill testing was strongly warranted at the Swit Kia prospect in both the upper and lower zones.

"Frontier will attempt to determine the dimensions of the high grade gold mineralisation as soon as possible and will accomplish this with one of the company's diamond core drilling rigs that will be shipped from Kimbe to Lae and on to Bulago," he said.