HBS pulled off a business coup and won the contract to distribute and sell assets from the PNG LNG project.

A Lae business fought off international competition to win the asset distribution contract for the PNG LNG project.

HBS has been tasked with selling and redistributing millions of dollars of equipment now surplus to requirements following the conclusion of construction work on the PNG LNG project in Papua New Guinea.

The company, which began business in May 2006 as a distributor for brands including Hyundai and John Deer, has expanded to provide an asset distribution service to the worldwide resources, building, civil and construction markets.

"We negotiated this contract against international competition," a spokesman for HBS told PNG Report during an interview at the company's Lae headquarters.

"It's the biggest contract of this nature ever written in Papua New Guinea, particularly to a private company.

"We're delighted to secure this contract.

"Our competitors were the major auctioneering groups such as Ritchie Brothers, that do world-wide auctions of major items of equipment.

"We were able to demonstrate to the client that there was a viable market for a fair percentage of the equipment to stay in Papua New Guinea.

"And that was the simplest and easiest way for the client to maximise results.

"None of the auction houses would want to keep the machinery on show. They would just put it all on a boat, and all the work associated with cleaning and marketing would be done in another country.

"We were able to convince the client that we could broker the equipment directly with customers that we were already dealing with all over the world, and could maximise their return by using our contacts to get the best available price.

"We also knew we could reduce the volume that needed to be shipped because there was already a market for a fair percentage of the equipment onshore."

The contract extends to more than 2000 lines of equipment, ranging from Caterpillar dozers to generators and smaller items of less than 5 tonnes.

"It is a complete and utter wide range of everything likely to be used in a major civil and pipe-laying contract," the spokesman added.

"It is extremely varied. There is a lot of crushing equipment and most of that has stayed within the country.

"A think there is only one crusher leaving Papua New Guinea.

"[Our target clients are] anywhere in the world. We don't have any perceived favourite market.

"A lot of the big mining projects worldwide have pretty well slowed down. That would normally have been one of

our biggest markets, but that's a closed shop.

"Surprisingly enough, when we first started we got zero

interest from Singapore, zero interest from the Middle East, but now we're starting to get a decent inquiry base from there.

"I don't see Australia as being a big market because there is such an overhang of pipeline equipment, particularly.

"Market research says there are something like 750 excavators going to be dumped in the Australian market in the next six months.

"New Zealand is surprisingly strong, I think that market will take maybe 15% or 20%."

"The first 25 units I sold were brand new, they had been surplus to requirements and hadn't been used," he added.

"They never turned a wheel. They then came to back and said they wanted to extend the contract to all the equipment and that was signed in September last year.

"While it is an international company, it can take an extended time to undertake the sales process and obtain the necessary approvals.

"Under the scope of the contract, we have 2000 machines to sell, and I would envisage that most of the equipment will be offsite and down here by the end of this calendar year.

"Over and above that, we have 2500 containers of surplus materials.

"The client is trying to manage it the best way they can to optimise freight costs and systematically move materials and equipment offsite."

With increasing truckloads heading to Lae from the PNG LNG project site and the asset distribution contract in full swing, HBS said the deal would raise awareness of the company's services in the international marketplace.

"It highlights us in the marketplace, what we can do and the services we can offer to resources companies," the spokesman continued.

"A number of companies are coming to us to request equipment for specific projects.

"That will continue to open doors and demonstrate to the mining companies in PNG that there is an asset distribution and disposal service for surplus capital equipment available in the country.

"For most of the industry, the disposal process is even more stringent and more difficult than for an acquisition process for a purchase." 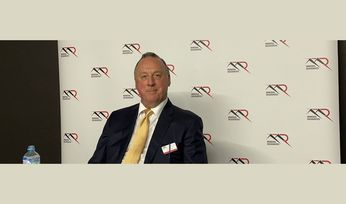 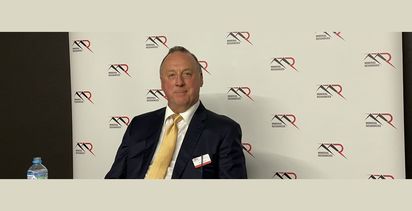