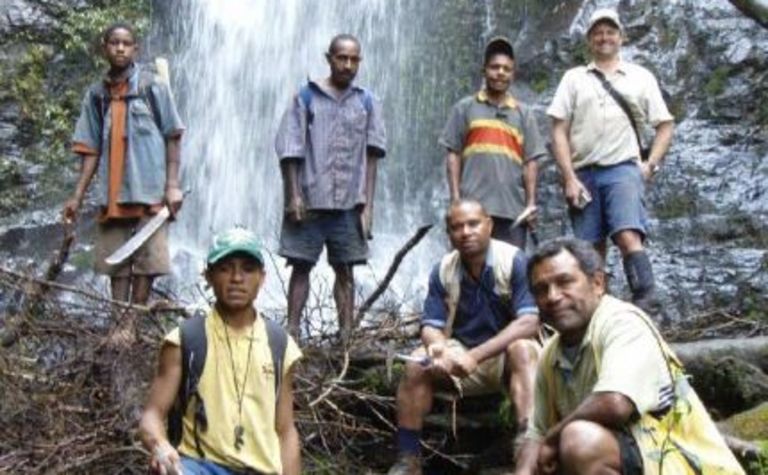 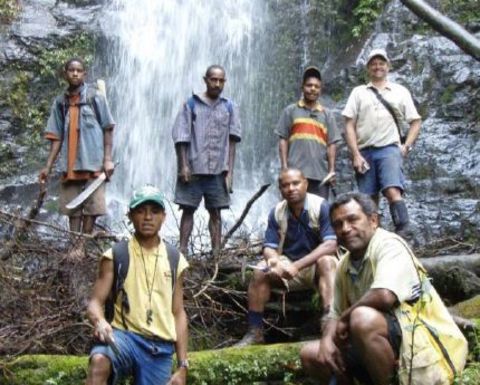 The results of the 10 jackhammer trenches in the upper zone demonstrate at least a 215m strike length of very high to moderate grade gold.

Aside from the best result of 1m at 499gpt gold, jackhammer sample assay highlights include 2m at 252.3gpt gold in trench 1 and 14m at 24.3gpt gold, which is one of the lower grades found.

"The grades are brilliant. The only thing we have to do now is define enough tonnes to have a viable and economic deposit," McNeil said.

He spent a month on the ground in PNG during April and now has a greater understanding of both the geology and the huge potential in the remote, hilly Bulago region.

The high-grade gold mineralisation has been sought by previous explorers, but McNeil's eye for detail and perseverance is paying off.

Accordingly, at the time of going to press, Frontier's modest capital raising was underway to fund a low-cost drilling program to better establish the potential in Bulago.

Frontier's Bulago exploration licence covers 100sq.km in a remote and mountainous part of PNG, between the Ok Tedi porphyry copper-gold and the Porgera gold deposits.

McNeil said the high-grade mineralisation was exceptional at the Swit Kia prospect, but the alteration at the edge of the mineralised zones was very narrow.

"You might only be 1m away from it but the assay in that particular zone is only 0.1 grams per tonne, so you don't know you're only 1m away from the high-grade mineralisation," he said.

"This mineralisation likes to hide and that's part of the reason some previous explorers haven't got the full picture."

McNeil puts Frontier's exploration success down to thorough preparation, including cleaning the outcrops and creeks to help identify the mineralisation in the upper and lower zones.

"On the last day of sampling, we sampled the lower horizon because it was the secondary target and I wanted to track this higher grade mineralisation which I'd located a couple of days before, further to the east," McNeil said.

"I knew about where it should be but I smashed that outcrop with my hammer for an hour and a half before I found that mineralised zone."

He said the relationship between the two zones was not yet well understood - they were separated by small distances vertically, about 50m, but appeared to have significant, individual east-west strike lengths of more than 1km.

The lower zone at Swit Kia was Frontier's secondary target, but the company had already doubled its strike length there to 180m and was expecting to release promising assay results at the time of going to press.

"We have got good results in the lower zone as well, but they're not generally as high-grade - although we do have some of that also," McNeil said.

"In the upper zone, you can see the rocks are very brecciated and that indicates a highly dynamic environment, with the mineralisation forced up there producing the highest grades of gold.

"It's not as dynamic as that in the lower zone, so it appears that the upper zone is where the mineralising fluids are emanating from and then they're dispersing down this dip slope as well.

"Any possible mining operation will be looking to combine the two zones and any structural repeats.

"They appear to have good lateral continuity in terms of their strike length, with the lower zone tracked over a probable distance of 470 metres."

McNeil said if the mineralisation model he was proposing was correct, Frontier could have an excellent deposit at Swit Kia.

"Our best gold result was on the northern margin of the high-grade mineralisation, but the main problem is that we don't know how thick it is yet," he said.

"If it's actually on a dip slope, a 45 degree slope, it's relatively thin but if it's going at a higher angle into the ground then we could have a ripper of a

"Drilling will ultimately tell all, it will reveal the third dimension."

McNeil planned to get one of Frontier's diamond core drilling rigs on the steeply sloping outcrop in the upper zone, where his team tracked high-grade mineralisation with a jackhammer.

"I'm going to make a steel frame to support the drill rig on this 45 degree slope and I intend to be drilling right on the outcrop, which is what no one has done before," he said.

"Perhaps they've chosen where they can drill more easily, rather than where they should drill."

The area has been explored in the past by companies such as CRA, Kennecott/Niugini Mining, Equatorial Gold and Indo Pacific Mining.

Frontier holds many advantages over other junior explorers in PNG - the company can do its own exploration, the supportive Bulago community is helping to establish an airstrip and Frontier's former joint venture partner, Ok Tedi Mining, left it enough diesel to save thousands of dollars in the upcoming drill program.

"We are fully contained and we do all our exploration ourselves," McNeil said.

"Frontier is actually very unusual for a junior explorer in that we are set up for running multiple drilling operations at one time.

"We have five drill rigs, two track mounted and three small ones and two bulldozers, one excavator, three carriers and a big boat and barge."

The company has prepared its equipment in readiness for the forthcoming drilling campaign and is just waiting on program funding to transport the container with the rig, plus sampling and camp equipment, to site.

and has the experience to run the exploration program smoothly.

The diesel bonus is another boost to the company's plans and, since McNeil's April visit, the Bulago community has manually cut the grass for the proposed airstrip.

McNeil said the community was happy to have Frontier back to continue its exploration at Bulago.

He said the high-grade nature of the Swit Kia prospect would help overcome many of the logistical challenges of the remote operation.

"If you can get high grade you can weather economic changes, price downturns and changes in costs, so that's why Frontier picked this [exploration licence] to go back and start work on.

"It is in a challenging location but the thing is, for a high-grade mining operation, the amount of equipment you need is not particularly substantial compared with, say, a porphyry copper project."

The capital expenditure is far less.

McNeil believed Frontier had the best tenement portfolio of any junior operating in PNG, but said the company would hone its attention and finances on the high-grade promise of Swit Kia - for the time being, at least.

"We're out there, we're actively exploring, we're looking at our very high-grade gold project and we've got some excellent results that we intend to drill."

"Our focus on Swit Kia is already starting to pay off." 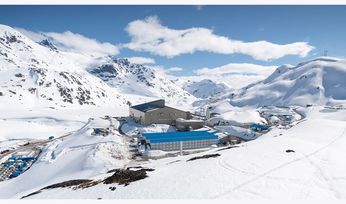 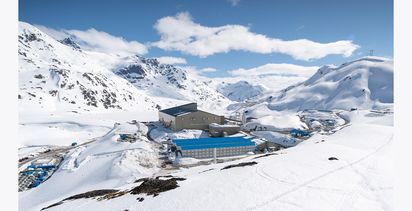