RAMU NiCo has affirmed its commitment to local landowners following an attack by armed villagers at the company’s nickel-cobalt mine in Papua New Guinea.

The company said it would continue to deliver the project memorandum of agreement commitments and other business and employment opportunities to landowners despite the "devastating attack".

Locals stormed into the Kurumbukari minesite near Madang, damaging equipment and injuring five employees, forcing a halt in operations.

The incident is estimated to have cost the company about $4 million but is not expected to have any material impact on the annual forecast production for 2014.

Speaking during the contract signing ceremony, Wang said the company had initially planned to offer the contract in July but delayed the move due to the August 4 incident.

"Our obligation to the landowners under the memorandum of agreement is ongoing and we are committed and happy to provide more if and when we are able to depending on our financial situation," Wang said.

KBK Landowner Company, Kurumbukari Ltd was awarded the road maintenance contract for two roads which are part of the mine access road but are also used by the locals.

One contract related to the road from Ramu Bridge to the New Camp area and is worth more than K400,000, while the second contract is for more than K300,000 and will focus on the road from KBK mine pit to Kinimati village.

The casual employment contract is worth about K32,000 and will allow 10 local people to be employed under the scheme.

Both road maintenance contracts are for one year but are subject to extension upon the satisfactory delivery of the contract.

KBK landowners association chairman Mathew Denguo thanked Ramu NiCo for the contract and assured the company that the scope of the contract would be followed closely and project delivered satisfactorily.

Both Ramu mine and the Basamuk process plant are owned by a joint venture between Highlands Pacific, the PNG government, landowners and a consortium of Chinese partners led by the Metallurgical Corporation of China. 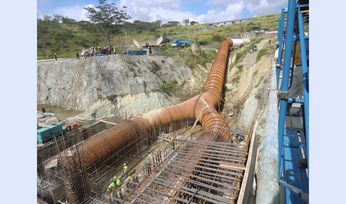 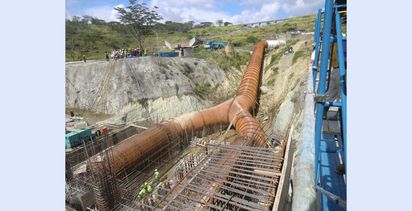