ANOTHER milestone was reached last week by the PNG LNG project when it celebrated one year since the start of production. Operating since April 29, 2014, the project has so far produced more than 6 million tonnes of LNG and delivered 87 cargoes to customers in east Asia.

Exxon Mobil PNG managing director Andrew Barry said since the project's early completion and the first LNG shipment in May last year, project facilities have been operating above expectations.

He also said the company focused heavily on safety and was proud to have a workforce comprising 70% Papua New Guineans.

"Our first year of full production has been truly remarkable and our facilities are operating at high levels of efficiency, well above our expectations for the first 12 months of operation," he said.

"We have continued our focus on safety, with seven million production hours worked without a lost time injury.

"Our workforce of more than 2100, with 70 percent Papua New Guinean, has proved that we can deliver a reliable source of energy to the world. Their dedication and focus on safety and operational reliability has been outstanding."

The PNG LNG project is PNG's first such project, and a source of pride to everybody involved, with Barry acknowledging the support given to ExxonMobil from the government, co-ventures, and communities and suppliers.

"There is still plenty of work to be done, but it is important to take a moment to remember just how much has been accomplished," he said.

"We are looking forward to many more decades working with the people of Papua New Guinea to deliver on a lasting legacy for this country."

Prime Minister Peter O'Neill echoed this sentiment, expressing satisfaction on the project's progress and said it was a testament to the strong working relationships which made it possible.

"The PNG LNG Project has faced many challenges since its inception, but through determination and partnership the construction phase was completed and production began one year ago," he said.

"The production of LNG in Papua New Guinea is one of the most important developments in our history and the benefits will be felt for decades.

"This project is also an example of the investment and business opportunity in Papua New Guinea today."

He also said ongoing development of PNG's LNG sector would bolster the economy and help the government improve service delivery to its citizens.

"We are building new classrooms and more children are going to school, we are making healthcare truly universal, improving law and order and building the infrastructure we need for a stable economy.

"These key areas or economic activity have been made possible because of the approach our country now takes to economic management and business development. 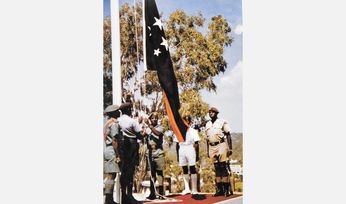 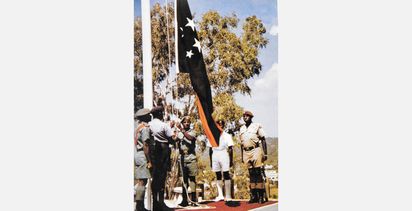