CANADA’S InterOil says its attempts to develop Papua New Guinea’s second LNG project at the Elk-Antelope Complex are starting to firm with “very encouraging” results from the Antelope-5 appraisal well adding some shine to a loss-making quarter. 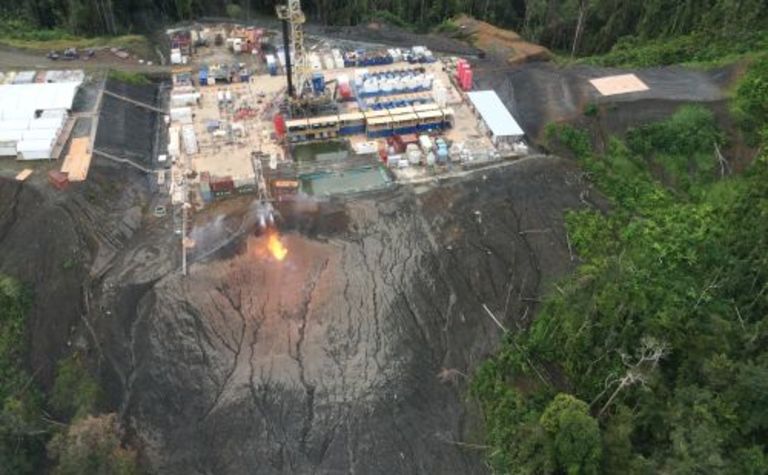 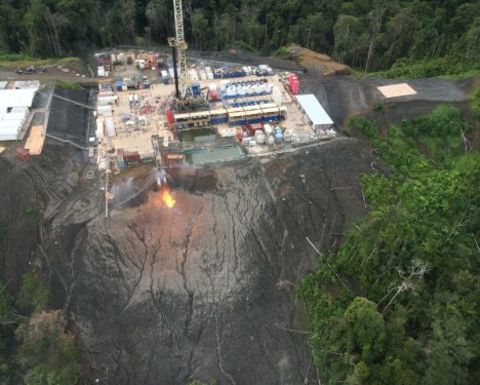 The explorer made a $C21.9 million [$A22.8 million] loss for the quarter ending March 31, down from a $C318.6 million profit for the first quarter of 2014. The fall was mostly due to expensing $C19.3 million of seismic the company acquired over its extensive exploration portfolio during the quarter.

It is part of the PRL15 joint venture with Total.

InterOil CEO Dr Mike Hession said it was important to focus on the quality of the company's exploration portfolio, and the potential upside of reserves at Elk-Antelope and is the broader acreage.

"Drilling results from Antelope-5 identify this well as having the best reservoir thickness, quality and fracture density of all wells drilled on the Elk-Antelope field," he said.

"In particular, the thickness and quality of the dolomite zone with porosity readings of up to 25% is superior to other wells, signifying a high-quality reservoir.

"Antelope-5 has a 680 metre gross gas column and appears to have even better reservoir quality than we initially thought.

"Evaluation of seismic and new high-definition gravity data indicates that the field could extend further west than originally modelled.

"This data, combined with the top reservoir being higher than expected, suggests potential for significant upside."

Under the initial clean-up flow, the flow rate at Antelope-5 has been constrained to a maximum rate of about 74 million cubic feet a day.

Testing will be extended to include pressure measurements on other wells in the field to determine reservoir connectivity.

Initial results at Antelope-4 have provided strong indications of a high-quality reservoir with a gross gas column of at least 300m.

A porous dolomite section evident from core samples and logs suggests good reservoir properties extend into the southern flank of the field.

However, it is not all plain sailing. Antelope-4 has been suspended due to mechanical problems about 150m above the field gas-water contact.

The JV is evaluating data from the well before deciding on its next steps.

The PRL15 JV will also drill Antelope-6 to provide enhanced structural control and further definition of reservoir extent and quality.

Antelope-6 is designed to help define the edges of the field, while a step-out well at Antelope South, about 1.9 kilometres southeast of Elk-Antelope, will test a multi- trillion cubic feet equivalent structure that partially underlies, but is separate from the Antelope field.

InterOil will be carried by Total on the Antelope South-1 exploration well for 75% of the first $C60 million of gross well costs.

"These appraisal results underpin a multi-train development at Elk-Antelope and the quantification of volumes in this world-class resource," Hession said.

In addition to Elk-Antelope, InterOil will continue to appraise the resource at the Triceratops field and will resume exploration drilling at Wahoo-1 around mid-year.

"With $628 million of liquidity, InterOil is well positioned to move into this next exciting phase of growth," Hession said.

In the three months to March 31 InterOil, overcame a challenge by Oil Search to pre-emptive rights over a share sale and purchase agreement involving an interest in the Elk-Antelope field, welcomed Total into the joint venture as operator, and started design work on the multi-train LNG proposal.

It is anticipated that a preferred development concept will be announced by the middle of this year.

Outside Elk-Antelope InterOil says appraisal wells at Triceratops-3 and the Raptor discovery, a resumption of exploration drilling at Wahoo-1 in PPL474 and seismic over the Bobcat discovery will round out the rest of the year.

InterOil's internal assessment of Triceratops, Wahoo, Raptor, Bobcat and Antelope-South indicate that they hold a cumulative gross, unrisked, potential resource of about 17Tcfe.

InterOil had $C328 million in cash and receivables plus $300 million in undrawn credit as at March 31, 2015 to fund its ambitions. 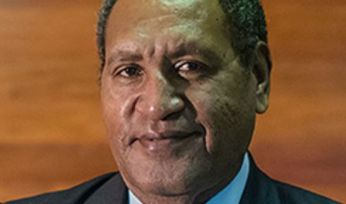 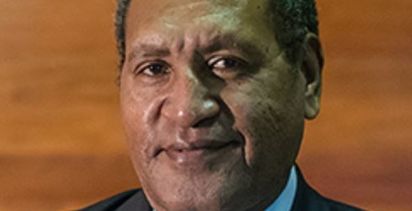