THE PRL 15 partners, including Oil Search and InterOil, have unanimously endorsed recommendations from Total SA for key project infrastructure sites for development of the newly dubbed Papua LNG project in Papua New Guinea. 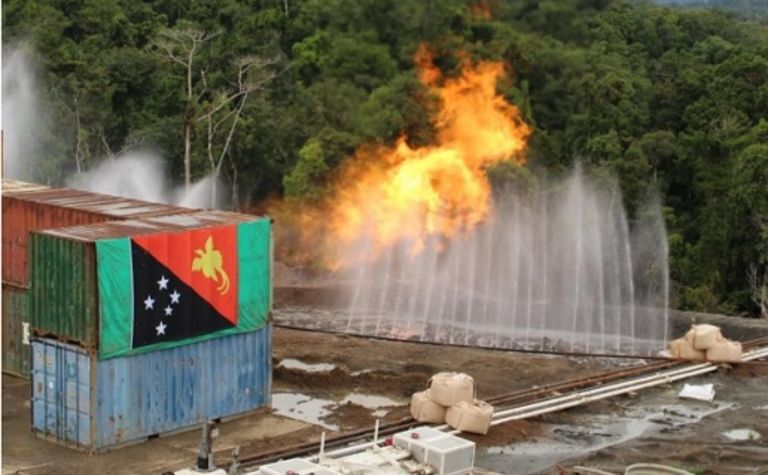 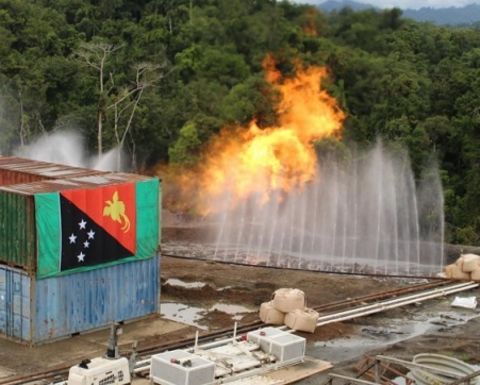 The central processing facility for the Elk-Antelope gas field, on which the project is based, will be located west of the Herd base in PRL 15 near the Purari River in the Gulf Province, about 360km northwest of Port Moresby, and will be connected to the LNG facility by onshore and offshore gas and condensate pipelines.

Around 75km of onshore and 265km offshore pipelines will be needed.

Caution Bay, located about 20km from Port Moresby, has been selected as the site for Papua New Guinea's second LNG gas plant.

It will be immediately adjacent to ExxonMobil's existing PNG LNG facilities and will be of a similar size.

The project partners will collect detailed geotechnical data acquisition to further refine site locations and pipeline corridors as part of project development and will announce the selection of the final development concept, including the size and capacity of facilities, is expected in early 2016 when appraisal of the Elk-Antelope field has been completed.

This will be followed by front-end engineering and design with early works scheduled to begin later in 2016.

"Sites were chosen for their technical, economic and environmental benefits and followed extensive surveys and studies by Total over the past year," Hession said.

"These sites represent the best locations.

"The central processing facility in the Gulf Province will be near the gas field with river access. The LNG facility near Port Moresby has potential for synergies with existing infrastructure and sufficient land for significant LNG train expansion."

Oil Search boss Peter Botten said the selection of the site locations for the key infrastructure for the proposed PLNG was a milestone and followed an exhaustive evaluation process of a large range of options by the new joint venture over the last 12 months.

"These decisions will enable the joint venture to commence early engagement with key stakeholders, including state, provincial and local governments as well as local communities," he said.

"The location of the LNG site at Caution Bay will also maximise the opportunity to pursue potential synergies with the PNG LNG project."

Appraisal of the Antelope field will continue in parallel, with the results of the recent initial testing of the Antelope-5 well consistent with a substantial resource base with good productivity in the carbonate reservoir.

Drilling of the Antelope-4 sidetrack, which will enable additional testing of the reservoir to take place, will be followed by the Antelope-6 appraisal well later in 2015.

Hydrogen-driven buses for FMG mine sites 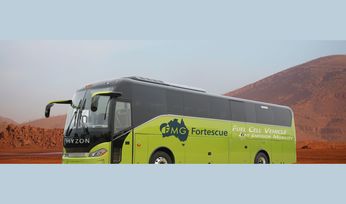 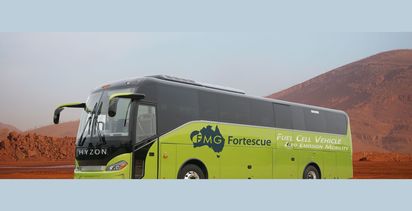