THE annual Paiya Mini Show is once again on for one day only on August 19 this year. 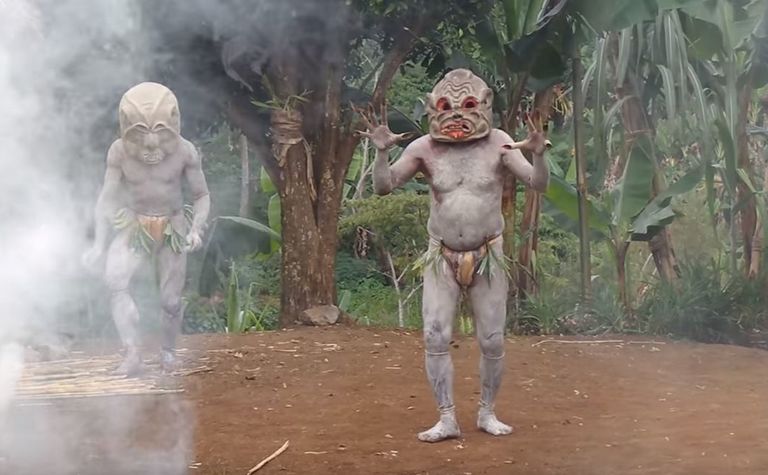 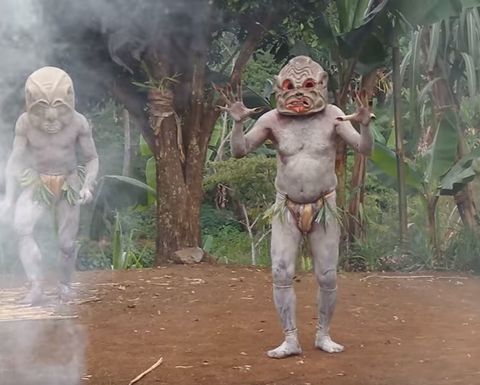 Held at Paiya village in Western Highlands Province, the intention of the event is to celebrate the culture of the Highlands.

Cultural groups participating include the Sili Muli of Enga, Asaro Mudmen of Eastern Highlands, the Huli from Hela, Skeleton Spirit Dancers from Simbu and various groups from the Western Highlands.

There is also a traditional highlands mumu feast, at which some of the locals share their interesting cultural stories.

The story behind the mumu feast is an interesting one, and it dates back more than 300 years. Traditionally, Papua New Guineans had no cooking pots and even in these modern times, many of those who live in the bush have only one pot that they save for special occasions. Most food is roasted over a fire, which will do for a family but is an impractical way to cook for a larger party.

The mumu is a hole dug to accommodate available food and the number of people to be fed. In addition, it is an economical form of cooking in an area with diminished firewood resources.

The oven cannot be constructed without the meal it is made to cook, and the term mumu encompasses both the oven and its layered feast, which is almost always a ceremonial feast of a ritually slaughtered pig.

The development of the mumu has been traced to roughly three hundred years ago, when pigs large enough to be cooked became common in the country.

After the hole was dug, stones were heated in it by burning wood on top of them. Once the fire had burned down, all but a thin layer of the hot stones were carefully removed, and a layer of large leaves was laid on the base layer of stones to steam the food.

Then followed a layer of hard vegetables, including yams, corn, pumpkin and other traditional New Guinean vegetables. Over this was a layer of smaller, edible and aromatic leaves such as nasturtium.

Then came another layer of hot stones, directly under a specially-prepared pig. For a mumu, the pig was cut open, leaving the limbs intact and the backbone whole, the head was split in half to facilitate cooking, and the intestines were removed and cooked separately. Another layer of leaves covered the pig, and then the whole thing was covered completely with earth.

The pit would be left for several hours before the contents were dug up and eaten. The feast was most often a form of celebratory payment: either a bridal payment or a compensation payment as

reparation for a death in a tribal fight. 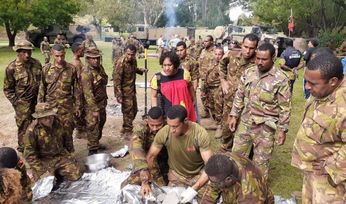 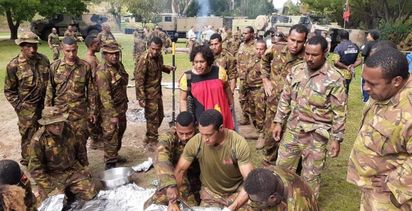 Goroka Show gets the go-ahead