MITSUBISHI Corporation has withdrawn from PRL 21 in Papua New Guinea, host to the undeveloped Elevala and Ketu gas-condensate fields, allowing its partners to take up a greater interest in the still stranded assets. 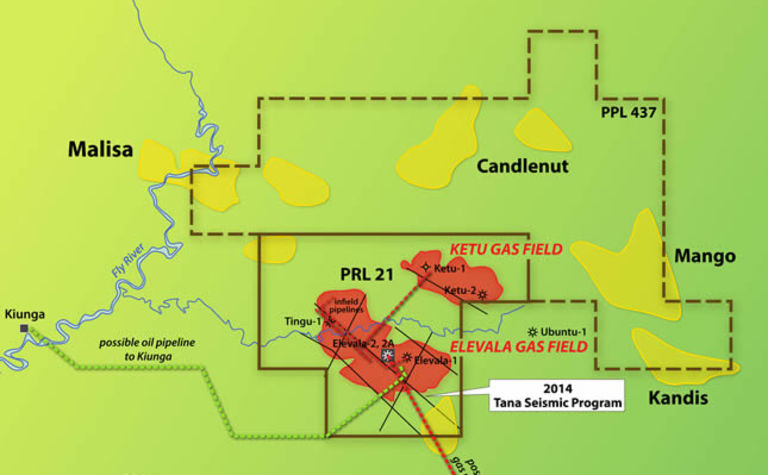 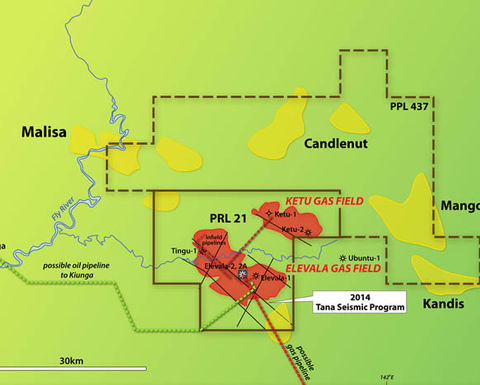 Junior partner Kina Petroleum said that Mitsubishi withdrew from the PRL 21 joint venture with effect from June 30 and that it had agreed to take up its pro rata share of their equity.

Mitsubishi had a 7.5% and Kina expects to move from 15% to around 16.5% initially, but it is open to assume further equity if any of its partners don't want to put even more cash into the isolated projects.

Operator, Horizon Oil (27%) is continuing to work on a way to bring the liquids-rich gas fields to production, while Kina is working to advance the Malisa prospect to the north in PPL 437 for drilling.

Kina said the prospect was shared with the neighbouring PPL 259 JV, which is operated by Perth-based Transform Exploration, and drilling of the prospect on trend with Elevala would not be undertaken until a multi-well program has been developed and a contribution agreed with its neighbours.

The company also hopes to farm-out the block to fund a seismic program to firm up the large Ebony and Mango leads that sit below a proposed ExxonMobil pipeline to Port Moresby for the development of the P'nyang field, a pipeline that could help unlock much of Kina's potential.

Ebony is a Ketu lookalike and Mango has strong similarity to Elevala.

PPL 339 sits on southeast and along trend from Elk-Antelope, most recently the subject of a takeover bid by Oil Search and ExxonMobil for InterOil.

While it and Oil Search differ over interpretations for the large Kalangar project, Kina says all of the reprocessed and open file seismic has been reprocessed and the structure on the western margin of the Aure Trough is clearly highlighted, although opinions differ on the depth to the top of the reservoir and the nature of the reservoir.

Kina continues to evaluate the risk associated with the prospect, as it is being carried for half its costs through the drilling of a well planned by Oil Search next year.

PPL 338, which is also subject to a renewal, has prospects and leads close to Antelope, Triceratops and Uramu discoveries.

The company says the Nipa, Mangrove, Triceratops West and Triceratops North targets have been re-interpreted and remain highly prospective.

Both Triceratops prospects have a mapped closure equivalent to Triceratops, while Triceratops North may share a common gas water contact with the Triceratops-3 well drilled just 3.2km away.

With the recent focus on InterOil, Kina is hoping it will be able to farm out an interest for multiple wells in what it hopes is a low risk area.

The company is also hoping to farm out PPL 340, subject to a permit renewal, where it aims to focus on one of the largest prospects within its portfolio, Lizard.

The mapped area of closure is 256sq.km with a potential vertical closure of 700m.

The carbonate is less than 800m deep and, based on a new understanding from InterOil's nearby Wahoo-1 well, is now believed to have been subject to a themogenic charge mechanism rather than the previously prognosed biogenic charge.

The company has around $8.5 million in cash and was working to conserve its cash while advancing its permits for farm-out.

Sports clothing available to public too 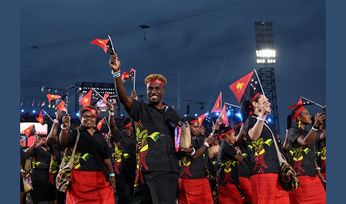 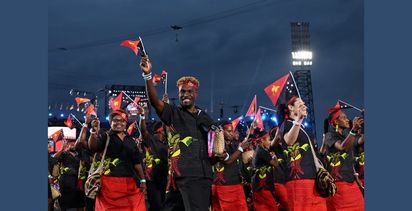