RAWSON Resources is boosting its portfolio of emerging frontier assets in Papua New Guinea with the award of a new offshore licence containing what it considers to be one of the largest undrilled prospects in the nation. 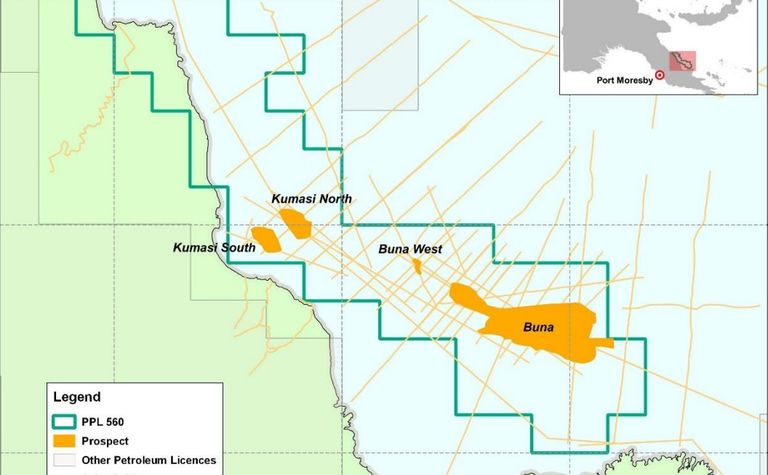 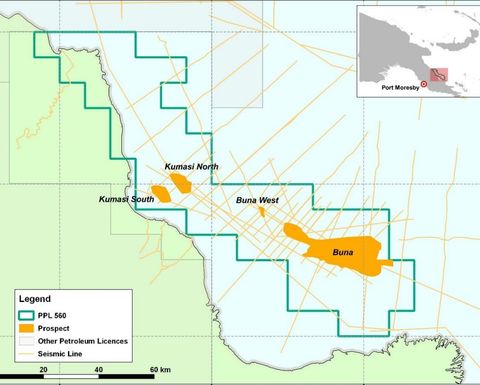 Rawson believes any drilling of the Buna prospect would be the biggest target drilled since the Elk-Antelope complex was discovered almost decade ago.

The newly awarded ATP 560 covers an offshore area in the Cape Vogel Basin, and contains Buna, which has an independently assessed prospect with the potential for 6.5 trillion cubic feet of gas.

The coastal, shallow water location of the licence allows for low cost drilling using a jack-up rig, with a discovery of the size mapped being capable of supporting a standalone greenfields LNG development that would closer to the energy-hungry markets of Asian than the PNG and Papua LNG developments to the south.

"Rawson management believes PPL 560 ranks extremely well against other frontier exploration projects with the very large size of the potential resource and its proximity to Asian LNG markets," the company said yesterday.

Early seismic data in the area suggested the presence of a gas cap over the Buna structure, something supported by 2009 2D data shot by Canadian explorer Eaglewood Energy, which also better defined the Buna West, Kumasi North and Kumasi South prospects as follow-up targets.

Present day geothermal gradients in the Cape Vogel Basin suggest that a substantial volume of sediment is buried deep enough for potential source rocks to be mature for hydrocarbon generation and that the Nubiam shale has good-to-marginal hydrocarbon generating potential.

Eaglewood's seismic was able to tie in to Texaco's 1970s Goodenough-1 and Nubiam-1 wells, improving stratigraphic control in the basin and further suggested the presence of gas within the Buna structure.

PPL 560 is the third licence awarded to Rawson after PPL 391 and PPL 549 in the Aitape Basin, and followed a shift in direction in the company last year.

PPL 391 encompasses the Matapau oil seeps and a number of shallow wells, while PPL 549 has a number of mapped seeps and the potential for reef anomalies that could be analogous to the major reefal carbonate reservoirs of the large Indonesian producing fields of the adjacent Salawati Basin.

The company has also applied for APPL 594, immediately south of PPL 391, where it sees significant reservoir potential in carbonate and younger structural features.

Rawson is also waiting to hear on the award of APPL 550 in the western province on the Papuan Basin Fly River platform trend.

In Australia the company is looking to drill its next well in the Udacha JV area of the South Australian Cooper Basin with operator Beach Energy, where it has a 10% interest.

Rawson's first production started up in July and is expected to stabilise at one million cubic feet per day, increasing to 1.6MMcfd once compression is available at Middleton in early 2017.

The next well planned by Beach and Rawson is Lowry-1, a target that sits between the Udatcha and Brownlow fields. The new well will target the Patchawarra sands before the end of the year. 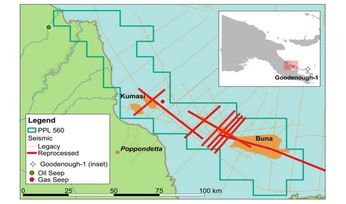 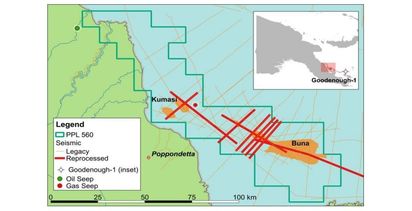