GLENCORE Xstrata has appointed financial advisers to help with the sale of the $US5.2 billion ($A5.6 billion) Las Bambas copper project in Peru, which was a key condition of the Glencore-Xstrata merger. The Chinese Ministry of Commerce would only approve the Glencore-Xstrata merger in April if the company agreed to sell Las Bambas, a major greenfields development in Xstrata's portfolio.

Glencore said it had received "numerous expressions of interest in the project from a diverse group of international mining companies and potential investors".

Chinese companies Chinalco and MMG are thought to be among those interested in the asset, according to Reuters.

Glencore said it would engage with all prospective buyers to ensure a fair and transparent sales process.

China has given the company until September next year to enter a binding sale deal, which must be for a pre-determined price based on either the fair market price of Glencore's ownership interest in the project, as assessed by two independent investment banks, or the total of all costs incurred by Glencore and Xstrata in Las Bambas.

If Glencore does not enter into a binding deal by the deadline, it must appoint as divestiture trustee to auction its interest in either the Tampakan, Frieda River, El Pachon or Alumbrera copper assets.

Las Bambas is already under construction with 14,000 workers onsite and first production due in 2015.

Commissioning is set to begin at the end of next year ahead of ramp-up during 2015 to 400,000tpa copper over the first five years.

Life-of-mine cash costs are expected to be $1.89 per pound over the 20-year operation.

We cannot meet our net zero ambitions, and the price does not reflect this, says Nagle 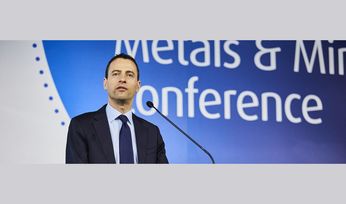